To celebrate 25 years since the signing of the friendship agreement between Paris and Berlin, that tireless traveller Serge Bensimon decided to set down his suitcase in the German capital. He returns with a selection of objects and furniture reflecting his various meetings there and offering a broad overview of creativity.

Is there a characteristic specific to Berlin?

It is a simple question he has chosen to ask designers. Rather than answering in words, their creations provide a response, leaving everyone free to assess the special character of this identity. Will the city’s bustling creative scene be sufficient to erase the diverse origins of these designers to reveal a common movement? Simplicity, restraint, high functionality, use of colour, not to mention a particular irony so characteristic of the city, certainly seem to reveal a special approach… The enthusiasm demonstrated by the designers in organising this exhibition also reflects the philosophy of sharing specific toBerlin. Serge Bensimon therefore invites you to discover the responses of nine designers in an unusual selection in which reason is never far from emotion. 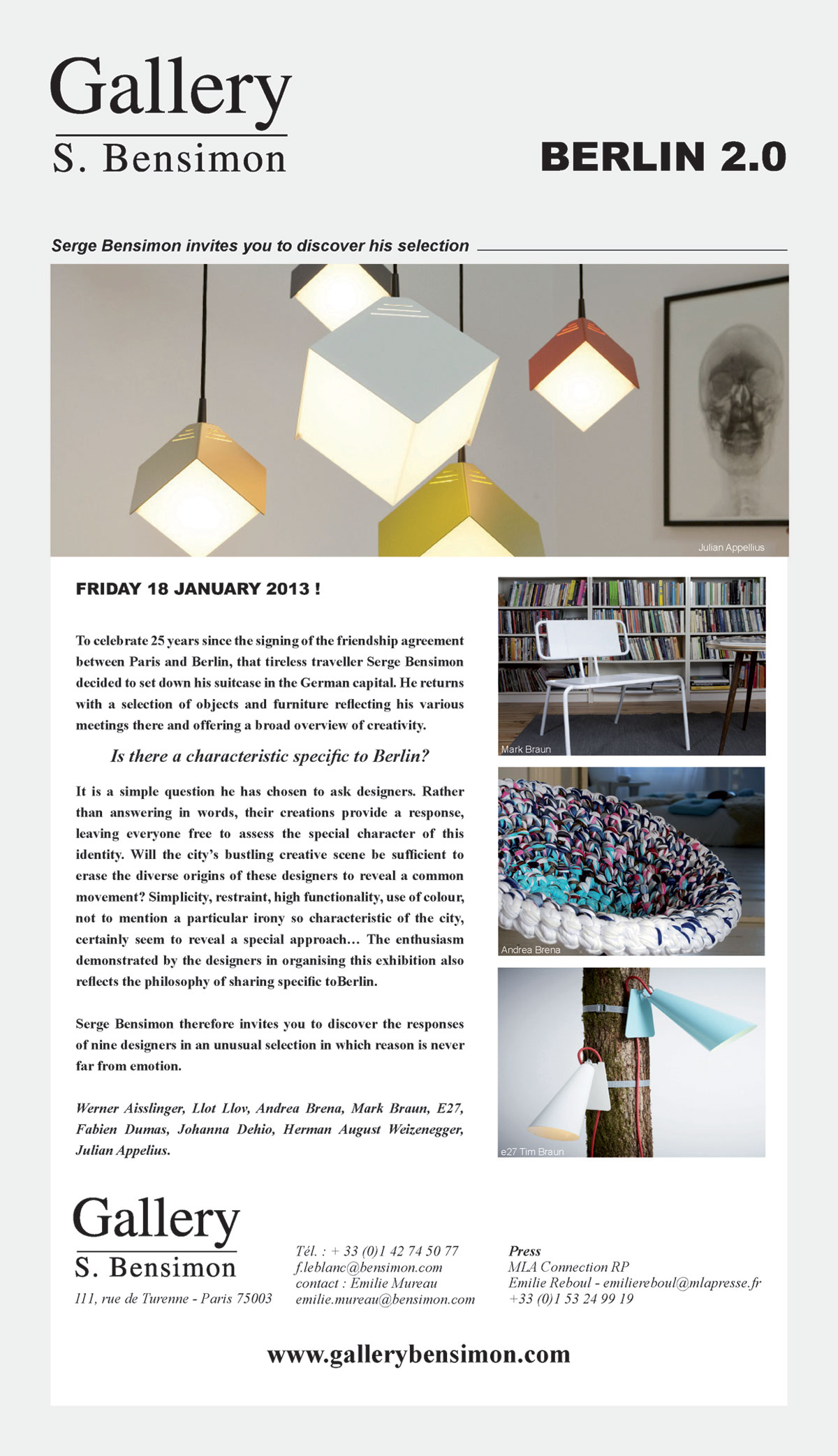